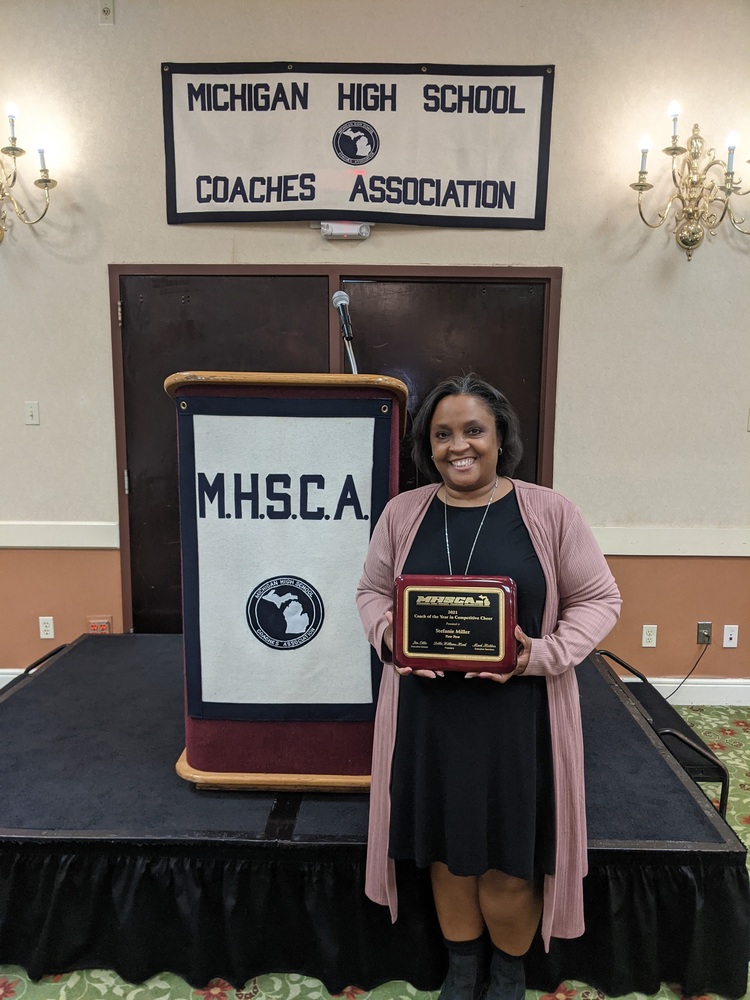 “Coach Stefanie Miller led Paw Paw’s Competitive Cheer program to its best season in 2020-21,” said PPHS Athletic Director Alan Farnquist. “Finishing second in the state by less than a single point. She has been a continual source of energy and passion in her sport and has provided her girls with an experience unmatched by any program in the State of Michigan.”

Since taking over the Competitive Cheer program a dozen years ago, Coach Miller has grown the program into what it is today – one with a reputation for winning and for consistently turning out top-notch student-athletes who are champions on and off the mat.

“It was an honor to celebrate with Coach Miller as she was recognized at Michigan Competitive Cheer Coach of the Year,” said High School Principal Tammy Southworth.  “She is an advocate for her sport and her athletes. She has had success in competition, but even more importantly, she has had a positive impact on the lives of the young people she works with.”

Congratulations Coach Miller on being recognized as Michigan’s Competitive Cheer Coach of the Year!