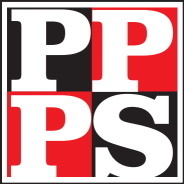 Paw Paw Public Schools is pleased to share that the proposal for a new school district nickname will be the Paw Paw Red Wolves, and it will take effect in mid-July, pending board approval.

The name will be officially presented by student members of the Nickname Task Force to the Board of Education for adoption at the July 13 meeting, along with recommendations of images to be adopted that have been uniquely developed for Paw Paw Public Schools by a local designer.

The nickname was selected after a process that began in early March and included more than 700 submissions and thousands of votes and community input. The task force, which included 27 student representatives, reviewed submissions based on several criteria.

The Task Force agreed the chosen nickname and imagery needed to be respectful, inclusive, and non-controversial and it had to bring people together in a unique way. “We wanted a mascot that represents our community that students can be proud of,” said Paw Paw Middle School student Avery Miller, a member of the Task Force. “It gives us an opportunity to be united and show unity in our community.”

According to Corey Harbaugh, Paw Paw Director of Curriculum and Instruction who was tasked with leading the process to change nicknames, Red Wolves was selected after final votes were reviewed by a focus group and communications professionals.

“When the final ratings came in, it was clear that some version of Wolves was the overwhelming choice of students and community members,” Harbaugh said. “So we put together a focus group of students, community members, and staff people to work with public relations and professionals to explore it further, and Red Wolves was the name that best met our criteria for a new nickname.”

Paw Paw Superintendent Rick Reo said he is pleased to support the recommendation of the Red Wolves to the board, because it’s a unique nickname for public schools in Michigan with numerous positive qualities for the Paw Paw school district.

“Having a unique nickname was one of the most important considerations from the beginning for the Task Force working on this issue,” Reo said. “In choosing the Red Wolves, Paw Paw will be the only school district in the State of Michigan with the Red Wolves nickname,” Reo said.

“We also see this as a way to stress the close connections between our school district and community. Red wolves are social animals and they run in packs. They are intelligent and loyal, and when hunting or protecting their territories or each other, they go all out. These are all qualities we want to develop in our students and programs.”

Individuals serving on the focus group to establish the Red Wolves name and imagery are excited about the possibilities to create new connections.

“I think there are ways that we can use this mascot that we’ve never been able to do before,” said PPHS Assistant Principal Tracy Derhammer who sees opportunities to incorporate red wolves into academic curriculum, positive behavior guidelines, and student recognition programs.

Beyond the academic and recognition programs, student-athletes and leaders are ready to be represented in new ways by the Red Wolves nickname.

“We need a mascot or logo that’s intimidating for the high school and something else that’s appropriate for the younger kids as well,” remarked PPHS Senior Connor Hindenach. “Paw Paw’s football program focuses a lot on strength, so we’d like to make sure the high school version reflects that.”

For Superintendent Reo, the new nickname is part of his larger focus on helping Paw Paw Public Schools live up to its mission statement. The district has been going through a strategic planning process this school year, and Red Wolves helps to focus on priorities coming out of that process as well.

“During the strategic planning process I’ve heard time and time again that unity and togetherness and family bonds are all strong values of the Paw Paw community,” Reo said. “This new nickname gives us a chance to focus on those values by stressing that in the Paw Paw school district, like red wolves in the wild, we are so much stronger when we come together.”